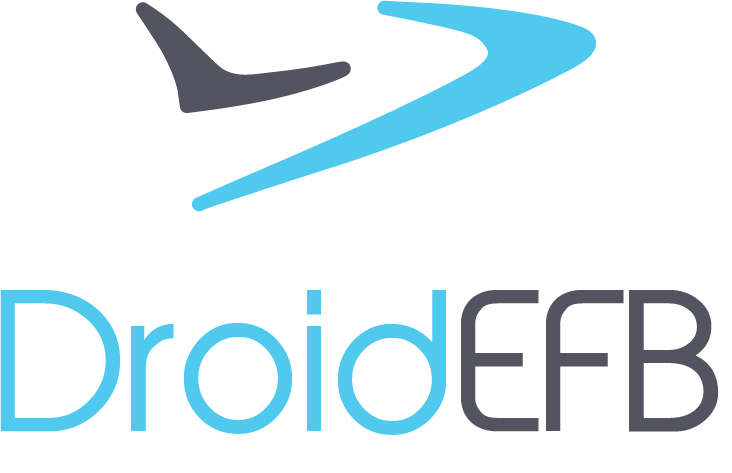 HUNTSVILLE, Ala. — The definitive aviation planning and in-flight support app for Android devices is now flying under a new name. The former FlightPro app is now DroidEFB, and is owned and managed by the pilots and software engineers who created the original version of the app.

“The new name reflects our longstanding focus and expertise: creating the best app available focused on Android devices,” says DroidEFB chief executive officer Paul Coleman. “There are thousands of pilots across the country, and tens of thousands around the world, using the Android operating system. We want them to know that we are catering to their specific platforms to deliver the best user experience possible.”

The transition to DroidEFB will be seamless, and no upgrades to the app are necessary Coleman says. Users will notice a different logo, but the interface and operations will be the same.

DroidEFB provides situational awareness with moving maps or charts based on FAA sectionals. The app also includes terminal procedures or plates, airport and taxi diagrams, airport/facility directories, flight plan filing and more. Layers can be added when network connectivity is available to show NEXRAD, winds aloft, AIRMETs, SIGMETs, and even bread crumb tracking. Data is available across the United States, including Alaska, Hawaii and Puerto Rico.

The app’s new name also signals a return to its roots.

Mark Spencer is the chief technology officer for DroidEFB. Spencer is also chief executive officer of Avilution, which launched the first version of the app, AviationMaps.

Jacek Duda, a chief engineer of the application, has been named director of engineering. Coleman, Spencer and Duda have more than 3,500 hours of flight time among them.

“Jacek is a highly experienced senior software engineer and benchmark among our team. He is passionate about the product and critical to our ongoing success,” Coleman says. “Mark is a world-renowned software engineer credited for creating Asterisk, the world’s first open-source telephony system, and he is committed to the long-term success of DroidEFB.”

In December 2013, Avilution entered into an agreement that gave control of AviationMaps to a group of investors who rebranded it as FlightPro and agreed to expand the app’s client base. Day-to-day operations, including software and data updates, transitioned away from Avilution.

“Unfortunately, there were gaps in service, and many of our original customers suffered, Coleman says. “This was unacceptable to Mark, Jacek and myself.”

In May 2015, a court order returned the FlightPro software to its founders, and Coleman, Duda and Spencer quickly began performing updates and tending to customer concerns. Neither the investment group nor third-party vendors are associated with DroidEFB.

“We designed the DroidEFB app and our company to be pilot-focused and responsive to our customers,” Coleman says. “We are committed to providing a product that is technologically advanced and easy to use, with consistent, reliable updates and improvements.

“We are very happy that our flight planning and navigation software for Android is back where it belongs, and we look forward to engaging with the pilots who use it,” Coleman says. The company will have a presence at AirVenture Oshkosh, booth 2018 in Exhibit Hangar B, for pilots wanting to meet the team and know more about the product.

Coleman says DroidEFB will continue to evolve with interface improvements and features while maintaining consistent service and operability. Certified flight instructors will soon be able to register with DroidEFB and subscribe to the Premium version for half price or continue using the standard version for free.